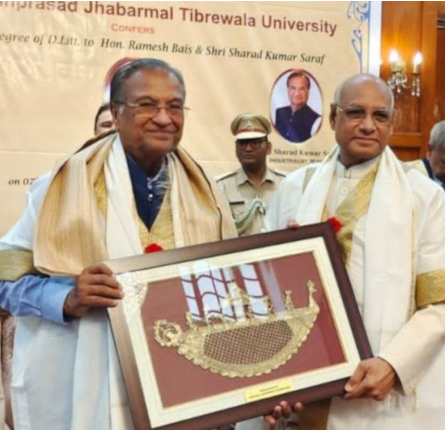 IIT Bombay alumnus Mr. Sharad Saraf (B. Tech, Electrical Engineering, 1969) was conferred with an Honourary D. Litt degree (a post-Doctoral degree) by Shri Jagdishprasad Jhabarmal Tibrewala (JJT) University at Raj Bhavan, Mumbai. During the event, Dr. Vinod Tibrewala, the Chairperson of the University, provided an overview of Mr. Saraf’s invaluable and commendable contributions to society over the years.

Mr. Saraf is the Chairman and Managing Director of Technocraft Industries India Ltd. After graduating from IIT Bombay in 1969, he completed a one-year industrial training course in Germany. Mr. Saraf is also a generous philanthropist who set up the Technocraft Centre for Applied Artificial Intelligence (TCA2I) at IIT Bombay. The Centre hopes to leverage the benefits of Artificial Intelligence and Machine Learning techniques for both academia and industry.

IIT Bombay alumnus, Suraj Saharan (B. Tech, Mechanical Engineering, 2005), recently took his new-age logistics and supply chain startup company, Delhivery, public. Since its launch in 2011, Delhivery has risen meteorically over the past decade and has set standards that have changed the very paradigm of the business. Under Saharan’s helm, Delhivery has brought unparalleled efficiency to the country’s $160 billion logistics industry. 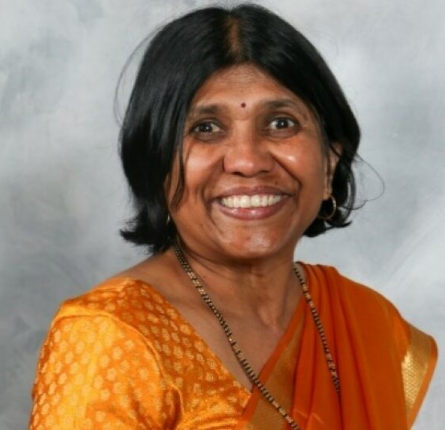 Dr. Urmila Diwekar is the President of Stochastic Research Technologies LLC. She is also the president of Vishwamitra Research, a non-profit research institute that conducts research in areas such as optimization under uncertainty and computer-aided design applied to energy, environment, and sustainability.

She is the author of more than 190 peer-reviewed research papers, has written several books and authored software packages, and is a Fellow of the American Institute of Chemical Engineers (AIChE). She also won the coveted Cecil Award for Environmental Chemical Engineering from the Environmental Division of AIChE in 2011, the Clarence Gerhold award in 2018, and the NESIN best researcher award in 2020 from ScienceFather International. 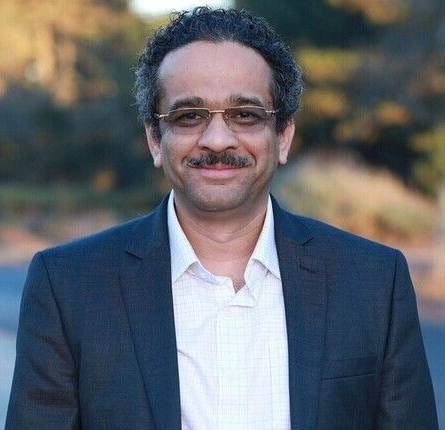 IIT Bombay alumnus, Dr. Yogesh M. Joshi (Ph.D., Chemical Engineering, 2001), is the first Indian to be elected as a Fellow of the Society of Rheology. The Society of Rheology was founded in the US in 1929 and honours distinguished achievements in science, noteworthy accomplishments in technology, and exceptional scholarship in the field of Rheology. This prestigious fellowship is awarded annually to less than 0.5% of the society’s membership in any given year.

Dr. Joshi is currently the Girish & Sushma Rani Pathak Chair, and Professor at the Department of Chemical Engineering, IIT Kanpur. He is also a recipient of several awards, fellowships, and honours including the Shanti Swarup Bhatnagar Award (2015) given by the Government of India. He was also elected as a Fellow of the Indian National Academy of Engineering (2016) and the National Academy of Sciences, India (2017). Dr. Joshi is a Senior Editor of Langmuir, and he serves on the editorial boards of the Journal of Rheology, Rheologica Acta, and Physics of Fluids. 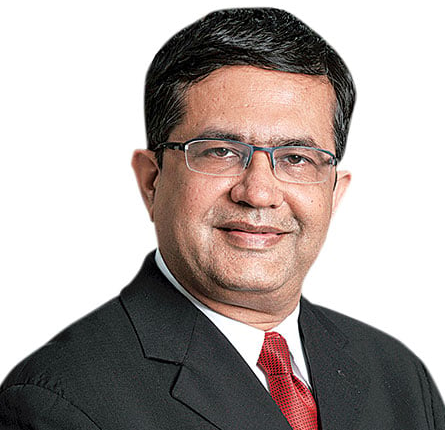 IIT Bombay alumnus, Mr. Ashish Chauhan (B.Tech., Mechanical Engineering, 1989) has been selected as the CEO of the National Stock Exchange (NSE).
Mr. Chauhan spent the last decade as the CEO of the Bombay Stock Exchange. He is considered the father of modern financial derivatives in India, is credited with NSE-50 (Nifty), and took the BSE public in 2017. He also set up India’s first fully automated screen-based trading system and created a commercial satellite communications network in the country.

Mr. Chauhan will take over as CEO of the NSE in November 2022. 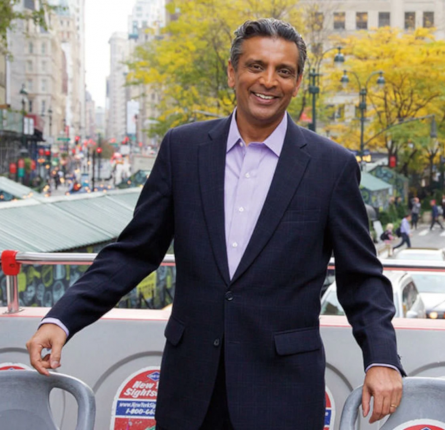 IIT Bombay’s distinguished alumnus, Mr. Raj Subramaniam (B.Tech, Chemical Engineering, 1987), and the current CEO of FedEx has now been elected to the prestigious Procter and Gamble’s Board of Directors.

Mr. Subramaniam, a native of Trivandrum, Kerala, did his schooling at Loyola School in Thiruvananthapuram. After completing his B- Tech from IIT Bombay, he moved to the US and got his MS in Chemical Engineering from Syracuse University in 1989. He later pursued his MBA in Marketing/Finance from the University of Texas at Austin. 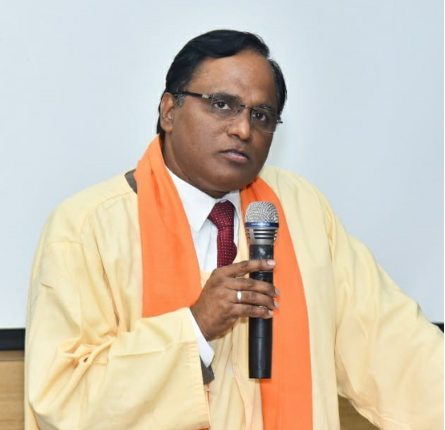 Dr. Rath has over 25 years of experience in the field of Geosciences and before taking over as CMD of OIL, Dr. Rath held several significant positions in the industry. He was the CMD of Mineral Exploration & Consultancy Ltd., the CEO of Khanij Bidesh India Limited, the Managing Director of Bharat Gold Mines Ltd., and the Director General of the Geological Survey of India.

Dr. Rath was honoured with the ‘National Geosciences Award’ given by the President of India, in 2016, for his service to the field of geosciences. 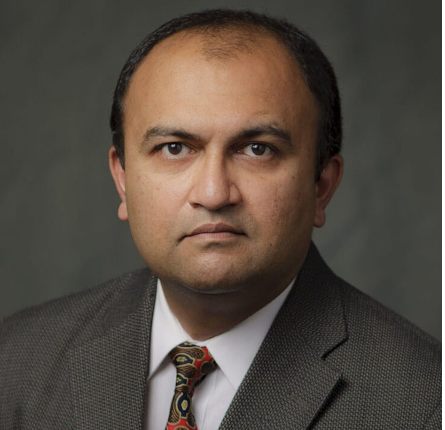 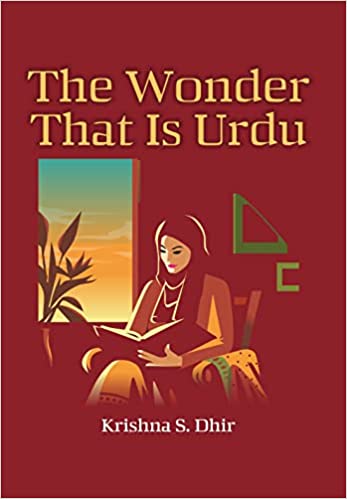 Language is a developmental, social, and cultural phenomenon. In his book, Dhir provides an excellent illustration of how the various Apabhramsa of South Asia interacted with Perso-Arabic and European languages, to give rise to various new languages, including Urdu, and traces their growth through the time of the Mughals and the British. The book also looks at how all the major religions of the world originated in the Asian continent, analyses the role of social and economic institutions and traditions in the evolution of Urdu, and highlights protest literature.

Dhir also quotes Mir, Ghalib, Daagh Dehlvi, Sahir Ludhianvi, Faiz Ahmad, Ahmad Fraz, and other poets to prove how Urdu poetry has been used to protest against sieges, raids, imprisonment, imperialism, and colonisation, as well as to express love and peace.

Dhir is a former Business Dean of the University of Hawaii at Hilo, and the Henry Gund Professor Emeritus and Business Dean at Berry College, Mt. Berry, GA. Dhir spent 13 years in the industry as VP of Strategy at BioStar Medical in Boulder CO; as manager at CIBA-GEIGY in Basle Switzerland; and as a chemical engineer with Borg-Warner in Parkersburg. Dhir received the 2008 Dennis Grawoig award and the 2009 Jimmy Barnes Distinguished Service Award and is a Gold Medalist of the St. John Ambulance Association of India.