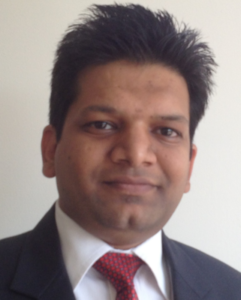 Mr. Devendra Agrawal is the Founder and Chief Executive Officer of Dexter Capital and Dexter Angels, and Co-founder of InstaOffice. He obtained his B. Tech degree in Electrical Engineering from IIT Bombay in 2005. He has also cleared all three levels of the Chartered Financial Analyst (CFA) examination from the CFA Institute, USA, AIMR.

Mr. Agrawal founded Dexter Capital in 2013 with a mission to advise entrepreneurs to scale up smoothly by simplifying investor search, term sheet negotiation, and the overall fund-raising process. Before starting Dexter Capital, he served as the Chief Financial Officer (CFO) of Resonance, a leading education company and raised private equity funding of Rs. 100 crores from a choice of marquee investor groups. Prior to that, he worked with a global private equity firm, Olympus Capital, which manages more than $2.0 billion of capital.

Recalling his time spent at IIT Bombay Mr. Agrawal said, “Recently I was Conference Chair for a Fintech Live event that happened on 20th March, 2020 (https://www.fintechindia. live/). I actively contributed along with Devesh, Sudhir, IITBAA team and a bunch of committed volunteers to successfully host the event. I think we got sponsorships worth over Rs. 15 lakhs and even made a neat profit. One of my personal contacts, Mr. Shailendra Singh, MD, Sequoia Capital also contributed substantially towards the hostel (H5) renovation program which was my home when I studied at the Institute. Besides, I and Mr. Rajan Sanghi had attended the GBF in Goa in 2014 which was hosted by (Late) Manohar Parrikar and in a moment of enthusiasm, we said to the small gathering of alumni present that the next GBF would be hosted in Jaipur. Maybe we were too excited or overconfident but we did achieve that in November 2019 when we held the event in Jaipur on 16th November 2019. Holding a PAN India-level event is always a challenge but we were confident that we would pull it off. Given my closeness to AU Bank (Mr. Sanjay is MD) and Ankur Tripathi (CIO at AU Bank was my hostel junior), we managed to get AU Bank as the main sponsor for the event and Mr. Sanjay as a keynote speaker. The event was a grand success and was attended by alumni all over the world including the entire IITBAA team, Director of IIT Bombay, Dean (ACR) and other dignitaries and professors from IIT Bombay.

Mr. Agrawal’s hobbies include reading books (both fiction and non-fiction), travelling with family, and friends.

“I come from a small village and did not know much but IIT Bombay taught me a lot. I owe a lot of my professional success to lessons I learnt during my stay in IIT Bombay and the friends I made. There’s still more that can be done, especially creating a fund using IIT Bombay’s alumni network (the way IIT Delhi has done) and that would be my next goal – to actively engage in and work towards the creation of the fund”.